What is Takasaki Daruma?

Nanakorobi Yaoki is a Japanese proverb, meaning falling down seven times (seven failures), getting up eight times to try again, i.e. life is full of ups and downs. People in Toyo-oka/Yawata areas of Takasaki started making papier-mache Daruma dolls more than 200 years ago. Eyebrows are represented by cranes. Noses and moustaches are represented by turtles. Featured on the face of Takasaki Daruma are two very auspicious animals in Japan. Takasaki Daruma is also known as good-luck Daruma or lucky Daruma.

Sericulture has long been a major industry in Joshu (an olden name of Gunma).Silkworms shed its skin four times before weaving a cocoon. When a silkworm hatches from an old shell, farmers describe the process that a silkworm gets up.Silk-raising farmers associate this proverb with their business and have been treated Daruma dolls as their protective god of Nanakorobi Yaoki.

Total annual shipment of Takasaki Daruma reaches as many as 900,000, accounting for the great majority of Japan’s papier-mache Daruma doll production.Today, many craftsmen work wholeheartedly on making each one of lucky Daruma dolls to bring good luck to people who buy them.

Farmers made Daruma dolls on the side during winter when it is slack season on the farm. Since the early 1970’s, however, they were mass-produced thanks to the automated material preparation process. 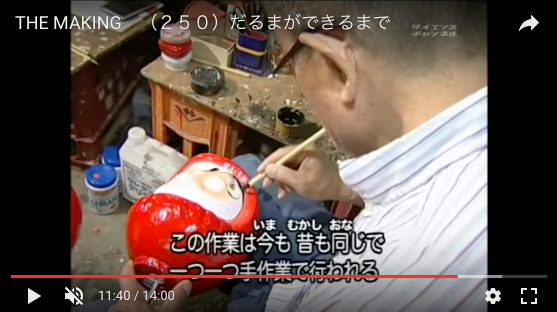 How to draw eyes?

It is said that painting the left eye of a Daruma doll first is the correct way. There are a few reasons to support this idea. When a person has no equal, it is described in Japanese that there’s no one who stands on that person’s right. Also, left-side seats are considered higher in rank in a seating arrangement. However, there is no correct order of painting eyes of a Daruma doll. Drawing eyes signifies “opening of a Daruma doll’s mind’s eye”, not just filling in the blank eyes. To paint Takasaki Daruma’s eyes is to put its soul into it. In the olden days, round, wide-open eyes were painted by the manufacturer and sold. In modern times, buyers of Daruma dolls do their own painting. 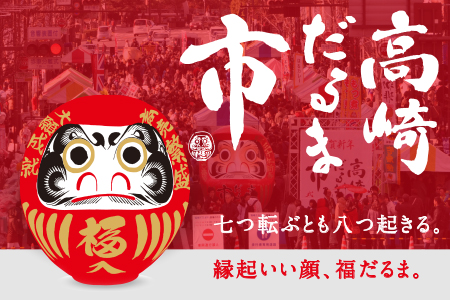